A car horn is a sign and an effect. In the signaling language of contemporary automobiles, the car horn repurposes a musical instrument (the horn) as a means by which a driver can signal danger, fear, caution, frustration, or even elation.

In its use as a musical instrument, the horn is significant in its very direct and dependent relationship to the human body – it fulfills its intended function when animated by the force of human breath.

In the 1960s the composer and theorist R. Murray Schafer introduced the concept of the soundscape – a rudimentary organizational structure or tableau in which sounds could be understood as belonging to one of three categories: keynotes, soundmarks, and signals. As the French composer and theorist Michel Chion observes in his book Sound, Schafer’s proposal, while

“rudimentary… clearly defines a  fundamental distinction: that  between figure and ground.

“In soundscape studies, keynote sounds are those which are heard by a particular society continuously or frequently enough to form a background against which other sounds are perceived… [They] are consciously perceived, but they act as conditioning agents in the perception of other sound signals.

“Signals are foreground sounds, and they are listened to consciously... [A soundmark] can be a sound characteristic of a trade or a familiar sound for which an attachment is felt and to which is given a symbolic and affective value… [and] in many instances it is not relevant and has only a picturesque value.”

In this recorded sound work performance, a trumpet  one type of musical horn – imitates car-related sounds; this performance comprises a series of perceptual shifts between figure and ground within an automotive soundscape – keynote or ground sounds (the hum of a motor) are speckled with soundmarks (the sound of screeching tires, the sound of a transmission shifting gears) and, in some moments within the composition, drift entirely into signals (the sound of a siren, the sound of an engine blowing out). Influenced by post-modern sound art and jazz of the 60s, the performance is consistently punctuated by the soundmark of breaths taken to continue playing the trumpet – a constant but mostly unconsciously experienced sign of the presence and limitations of the body in the process of producing the work itself. All of these sounds coalesce and disperse to produce a sonic landscape that oscillates between images of crashes, racing, bodies, and scenic transcendent drives. 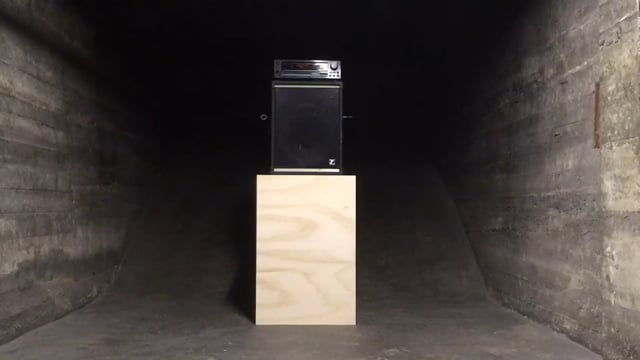